The Holy Trinity Of Pissing

By Janaki Nair - April 18, 2018
On the train to Brussels, I was nearly dozing off when Mom suddenly realized that she had left her precious notebook, filled with things to do and places to see in Belgium, at home in Riyadh.

Dad and I weren't surprised. It would be a lie to say that this was the first time Mom had forgotten or lost the research she had done before going on a trip. Sometimes she would lose the paper she had written on, right at home.

Brussels was picturesque and lively. Huge gothic cathedrals and buildings framed the bustling  streets, dark clouds drifted in the sky and the wheels of our suitcases made miserable noises as we wheeled them over the cobblestones while going to our hotel.

Catalonia Grand Place was in the heart of the city. After dropping off our baggage, our next step was to begin a tour of Brussels. According to Mom, her superhuman brain had allowed her to store all the information about tourist attractions she had written down earlier, so even if memory had failed her in bringing the aforementioned notebook, she could still guide us.

First things first- we were starving. The answer was one among the assortment of restaurants around the corner.

There were several Thai and Vietnamese, and a  handful of Indian restaurants. We decided on an appealing Vietnamese one, and the food was great.

We strolled through the city, gawking at the stone structures and fountains and beautiful parks. Every building had a history behind it. But a renowned attraction in Belgium was a statue of a boy peeing, called the Manneken Pis. Google maps guided us to a small figurine/fountain of a little boy, who seemed happy for urinating to infinity. Wikipedia later informed me that he peed beer or wine on special occasions. He was the most famous one of the trilogy. 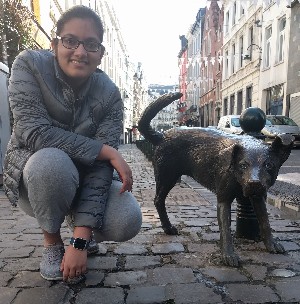 Then there was the Jeanneke Pis which was a young girl relieving herself. The third statue, which completed the Holy Trinity Of Pissing (as I liked to call it), was a dog (Het Zinneke), which we visited on our last day in Brussels.

Our walk in the city led us to stumble upon the Palace of Charles of Lorraine. It was a beautiful, huge building, and we were making our way back when Mom's sharp eyes caught a golden clock with 12 idols around it. She was exhilarated to point out to us that we were now looking at the meeting centre clock, which was another important attraction in Brussels. 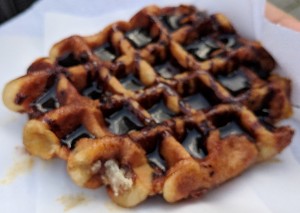 Obviously, the amount of research I had done before we embarked on our European journey was all regarding the food in Belgium. I was determined to try out the Belgian waffles and chocolates and frites, come what may. 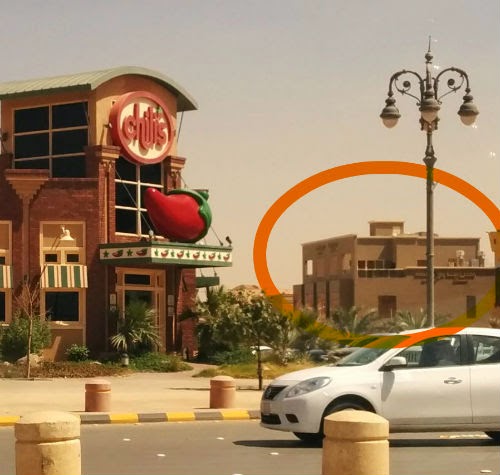