Showing posts from August, 2014
Show all

After one more week, school’s going to reopen, which  means I have to get up early next week, which means  I don’t want to go to school, which means school is reopening, which means I have to get up early next week and ………blah blah blah. The days passed fast, like they always do when you are having a good time. And at school, time goes so slowly and every minute feels like a day. That’s just so…… cruel and……..unfair. These days, the book that most of my friends are reading is “ The Fault In Our Stars ” by John Green. Mostly because the book has been made into a movie which was showing at the theaters, and partly because it’s popular and partly because it’s now available in almost every bookstore. I read it too. Dad bought it for me at a store. It made me really sad at the part where (Spoiler alert) Augustus died and (Spoiler Alert) Hazel read the pages Augustus sent to Van Houton. On our way back from India, I watched “ Divergent ” in the plane, on the TV scre
2 comments
Read more 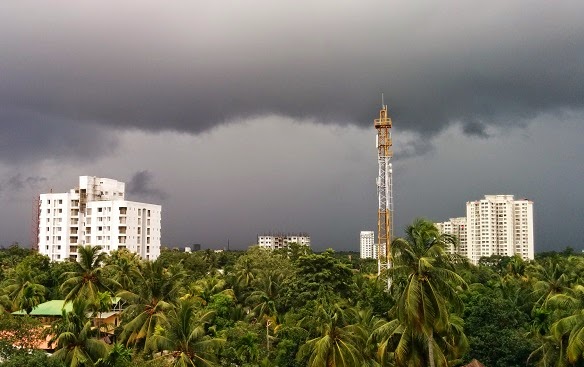 When I walked in through my front door, the first thing I got was some heat blasted into my face. It was hot summer in Riyadh and with no air conditioning for more than a month, well, you can imagine how an ice-cream feels while melting. For the first two days, I was in a wistful and empty-in-the-stomach-with-nothing-but-sadness-and-vacuum feeling in me. But that night we ate out at McDonalds for dinner and when I saw the Chicken Deluxe I got, somehow I started feeling happy. I don’t know how. We had a lot of fun in India. When Kunjunni came over, my, parents, Kunjunni and I would sit in the balcony with Dad and Mom on chairs and me and Kunjunni with our feet through the railing and ask GK questions- “How many years do you think took to build that apartment?” “I don’t know. Wait! I think I know. Probably 2.6 years.” “Your turn now.” “Ok, Gandhiji’s riding on a scooter towards west. To which direction will his hair blow?” “I don’t know. Backwards?””
3 comments
Location: Riyadh Saudi Arabia
Read more
More posts